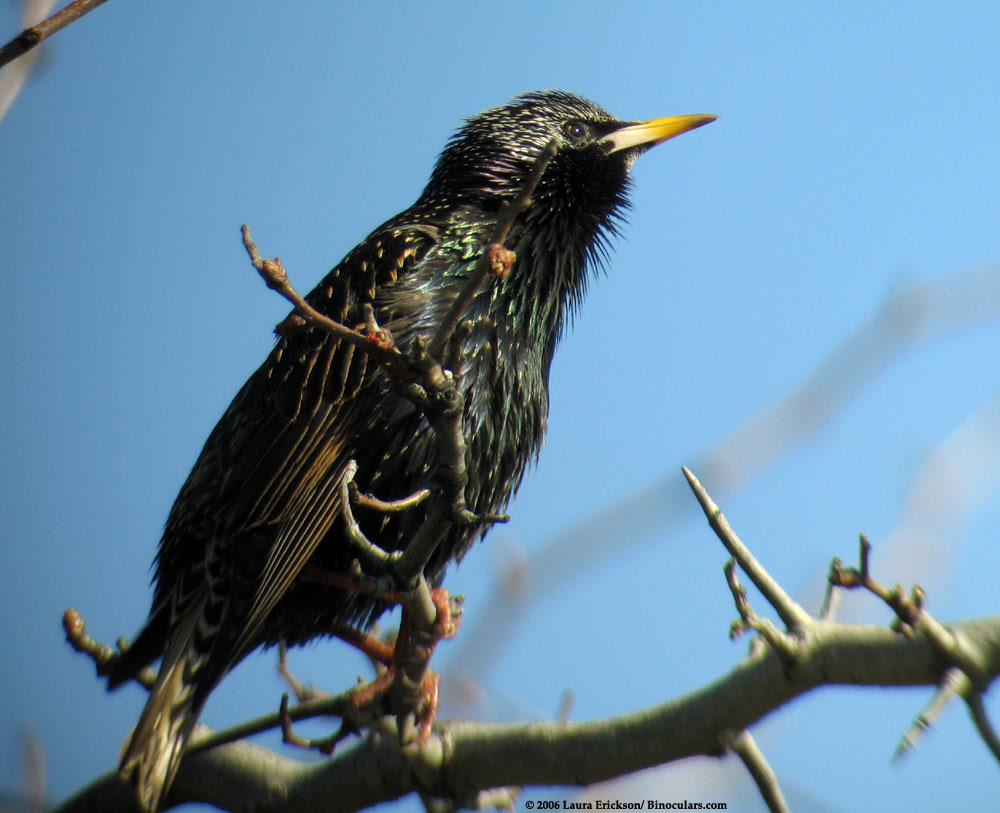 Okay, so we're a little scruffy looking and arrived in America in 1891 rather than before the Mayflower did. But who brought us here? You humans did. And now, rather than finding a "humane" (THAT's a funny word!) way of dealing with us, you poison a whole bunch of us and then act shocked--SHOCKED--when we start dying all over the place. And who's supposed to be the smartest species on the planet? I don't think so. And holy crap--talk about a biased article! Sure, we're a problem according to bluebirds and Red-headed Woodpeckers. But you guys are a bigger problem than we are, to a whole lot more species.

Dead birds in Franklin Township were killed on purpose

Hundreds of birds that dropped dead on Somerset County cars, porches and snow-covered lawns, alarming residents over the weekend, were all of a rather foul breed of fowl--the notorious European starling, which the United States Department of Agriculture killed on purpose.