Thank you, Mr. "Ask the Pilot" 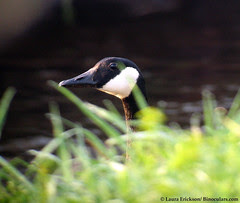 I know that every fatal plane crash is tragic. But remember--EVERY bird-plane collision is fatal. Yesterday's crash was a great triumph for people, and I'm really glad about that. But it was a great tragedy from the goose point of view. Everything we can do to help planes notice us, and everything you people can do to help us notice planes in time (they do move a bit faster than we do) is important.

Most reports said the plane crash was "caused" by birds. Hello? The plane crash was caused by the the tragic intersection of the paths of a plane and a flock of birds, neither of which was communicating well with the other. I liked that Salon Magazine's "Ask the Pilot" column, written by Patrick Smith, at least noticed this. He wrote, "Birdstrikes, as they're called, are fairly common and seldom harmful (unless, of course you're talking from the bird's point of view)." Few people are fair minded enough to ever take the bird's point of view into account, and I thank you, Mr. Smith, for that.
at 4:09 AM

Little known fact: Patrick Smith is a big fan of birds. In fact, he rigged up just about the only squirrel-proof birdfeeder suspension system I've ever known in his backyard!

Wow--that IS cool!! (Except from the squirrel point of view.)