How are you celebrating National Blue Jay Awareness Month? 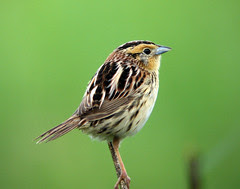 Let me see. I think I'm going to ponder the differences between Dr. John Le Conte (1818-1891), a physician turned physics professor who was a Major for the Confederacy working at a gunpowder factory during the Civil War; and his cousin, Dr. John Lawrence Le Conte (1825-1883), who was independently wealthy so although he was an M.D., he never practiced medicine but did once serve as president of the American Association for the Advancement of Science. I'm named for the former; the thrasher is named for the latter. I know this has nothing to do with Blue Jays, but neither do I.
at 3:39 PM