The Bluebird of Happiness 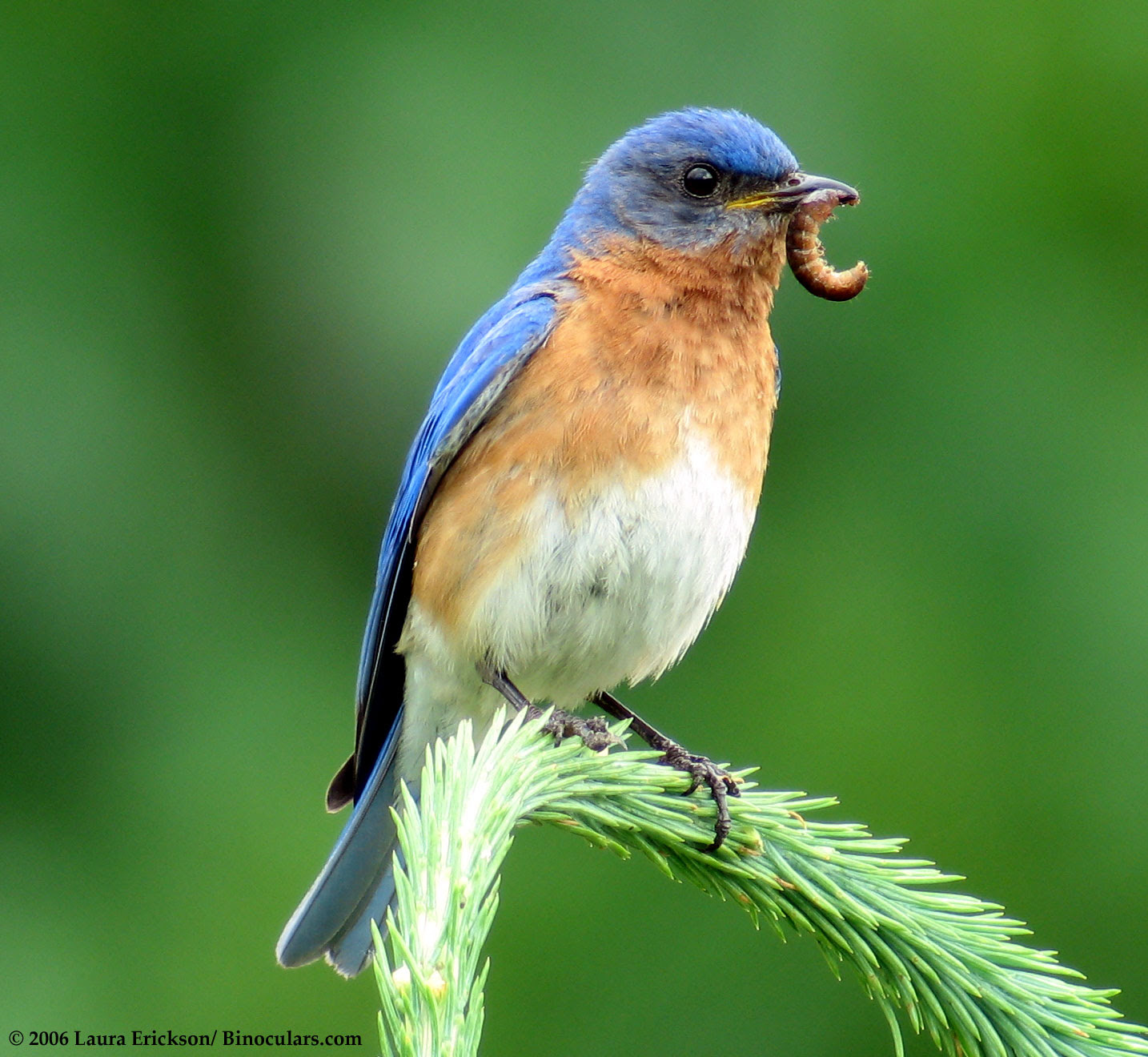 This time of year, when people talk about the "Bluebird of Happiness," I like to think they're thinking of ME. We arrive back in spring and start migrating before those poky Neotropical migrants start wending their way north, and we like to think that our early presence on a bleak brown landscape, when snow is still not just possible but likely, is a cheerful thing.

But holy Toledo! People in northwestern Ohio are completely ignoring us Eastern Bluebirds this year, just because some poor schmo got lost. Yes, one lousy Mountain Bluebird shows up in the wrong place and birders from all over descend upon it, exultantly posting photos on the Internet and acting like Mountain Bluebirds are the best thing since sliced bread. I just don't get it. They're not as colorful as we are, and you can bet your bippy this one isn't going to breed in Ohio. It's the second time a Mountain Bluebird has shown up in Ohio in the past 100 years. Meanwhile, we return faithfully, year after year after year, and no one writes about us in the paper. What's the big deal? I just don't get it. But you can read about it here, in the Toledo Blade.

I'm usually a bit more realistic than to believe that an Eastern bluebird is actually conversing with your readers but I swear, as I was scanning the conversation, I had a hard time separating the fact that Mr. Sialia scialis wasn't speaking directly to me.

You have the gift of being able to put a human voice behind the subject.

Birds with such beautiful plumage out to get a welcome home party every year, I reckon. Even the less exciting Mountain BB needs a vacation once in a while, I guess. I wonder if he will stay in MN? Since they show up so very rarely it doesn't seem likely, does it?