First post by Vera: The Secret Life of Bees 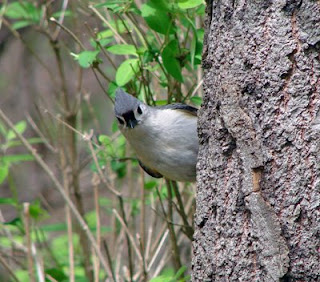 Hi! I'm Vera. My brothers (Chuck and Dave) and I are going to be posting occasionally about birds in popular culture. A couple of weeks ago I heard about a movie, The Secret life of Bees. I was hoping it was a documentary that could give me some ideas on how to cope with those pesky critters, but Chuck and Dave checked out Rotten Tomatoes and put me straight. I still wanted to go--I love Queen Latifah, who seems like exactly the kind of centered, kind person you can count on to put together a really fine feeding station, but no way would Chuck and Dave go--they claimed that it was a chick flick.

Well, okay--they had that pretty right. But I liked it a lot--EXCEPT for one thing. This movie was set in South Carolina, but for several forest scenes, they played calls from a Common Loon in the background! Whoa--who was in charge of sound effects? No self-respecting loon would be caught dead in South Carolina during the breeding season! Meanwhile, where were the Tufted Titmouse songs and calls? We're all over the place in South Carolina, winter, spring, summer, and fall! What are we--chopped liver?