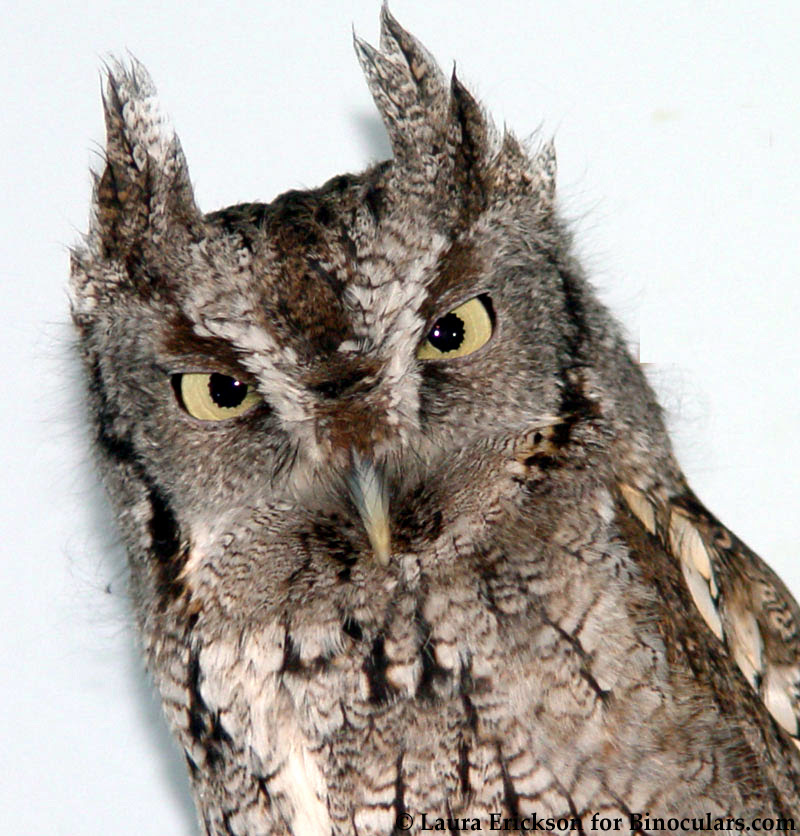 My name is Archimedes. I'm an Eastern Screech-Owl who, right now, is stuck in a dead-end career in education. I tried to get Stephen Colbert to notice me and invite me on his program so I could get my big break in show business, but he's been studiedly ignoring me. It's probably just as well--he'd set me up with some lame line like "Cat got your tongue?" and I'd lock my talons into his Wrist Strong Bracelet and piss him off and there would go my comedy career, down the mouse hole.

It's just as well, because my political aspirations have been ignited by the recent election. I've been trying to get my ducks in a row to start the application process. That's been trickier than I thought--apparently they want to know all about my past associations. I admit it--I used to hang around with some pretty militant hawks at the Daisy Hill Puppy and Owlet Farm where I got my start. And I've got blood on my own talons, too. There are whole colonies of mice that consider me a vicious serial killer--if they get anyone's ear in the new Administration, well, there goes that.

Anyway, I'll be posting occasionally, as will some of my friends, to keep you up on all the gossip in the world of birds. Three Tufted Titmice who live near me, Vera, Chuck and Dave, want to offer their perspectives on the cultural scene. We'll have occasional Point/Counterpoint editorials by George and Martha (ultra liberal chickadees) and their nemeses John and Sarah (the neocon shrikes). Tips about green living will be offered by Neely Mealy Parrot, Rachel Robin will have plenty of housekeeping ideas, and we'll have guest commentaries by various other neighborhood friends. We birds have been grousing and sniping to no one in particular for too long--it's time we got connected to cyberspace.

Hey Archimedes how do you post on this blog? I can comment on your pretty picture but would like to put my picture up there as well.

I once lived in Illinois and I thought I was a Knight of the Air but then they said "no your an Eagle", so I moved to Wisconsin and went fishing.

Well, Leeschill, everyone knows that Eagles trump Knights even if East is least and West is best. But we owls trump eagles--at least under cover of darkness!

Who ever thought I'd catch up with someone from my educational past right here? But this blog is MINE--all MINE!--and so no one can post except with my permission, via my personal typist--I don't want any loons or old coots getting past me! Google Blogger doesn't let me sign comments myself, so my secretary has to do that for me.

Owl be back for sure.