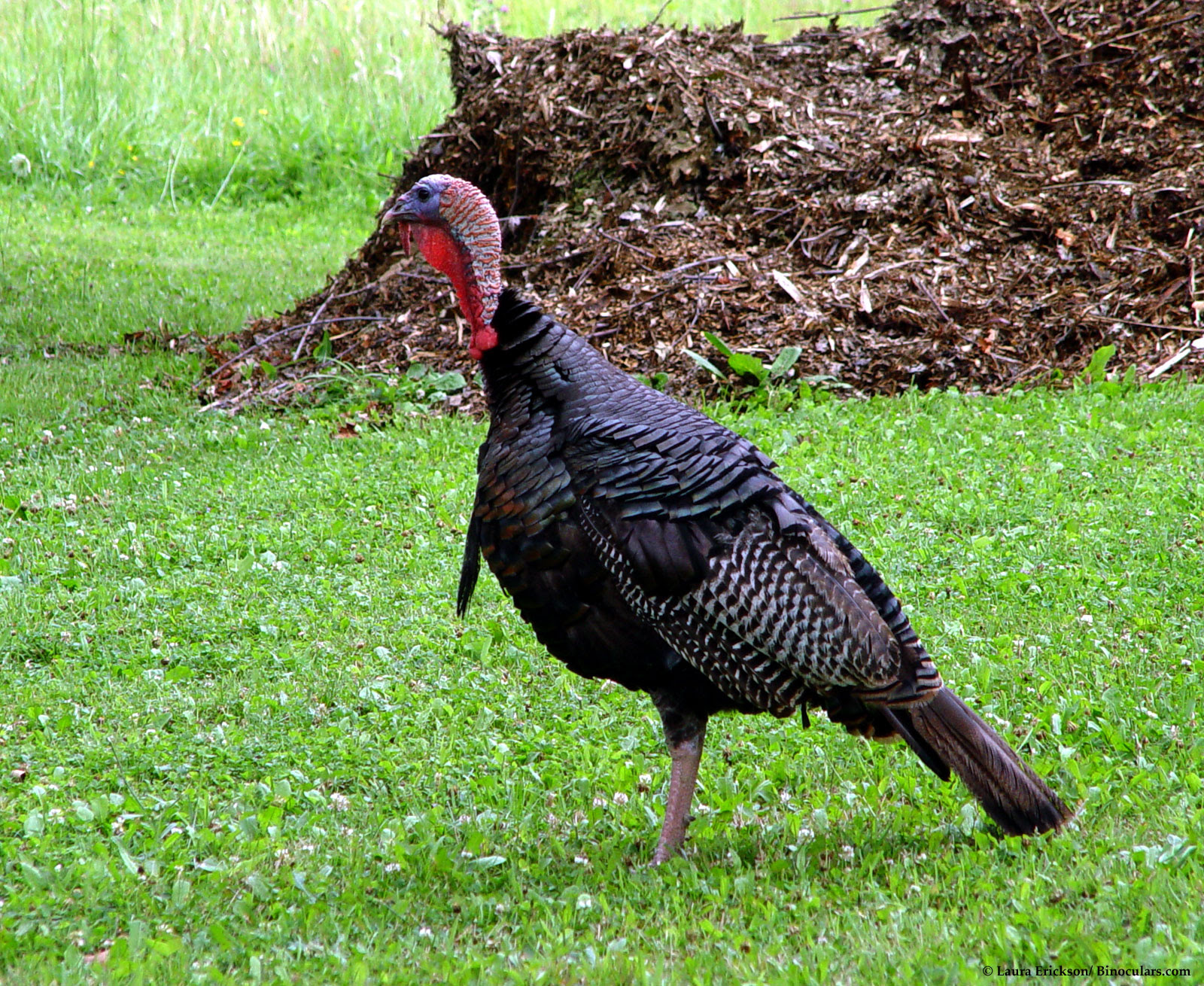 Okay, so I hate the idea of predation when the dinner is a turkey, but I sort of get that—we turkeys eat a little meat ourselves and we can get into some pretty gruesome life-or-death fights with each other, so we’re not exactly living in a peaceable kingdom. I do my best to stay alert and keep out of range of predators, including humans, but when the Grim Reaper calls, that’s that.

So I can sort of handle the concept of Thanksgiving, though it irritates the hell out of me that people would single us out. Canada Geese are just as big, and plenty of other birds are supposed to be delicious according to some raptorial friends of mine. But what I really wish is that people would suddenly develop a taste for chickadees. The world would be a lot better without those friggin’ Pollyannas flittering all about, chickadee-dee-deeing and batting their nictitating membranes and thinking all the world is a jolly tea party. I’ve even watched them fly right up to humans and land on their fingers! FINGERS—those bare-skinned appendages that wiggle around stupidly where any sensible being would have wings—the very thought of making contact with fingers makes my skin crawl. It would take a lot of chickadees to make a decent meal for a human, but I say go for it!

But nooooooooooooo—people have a taste for turkeys and there’s not a thing we can do about it. I can deal with that. But the one thing I can’t deal with is that bizarre satanic ritual they have when they’re done pigging out—they honestly seem to think that if they break some poor dead schmo’s furcula, the one who holds the bigger half will get a wish granted. Holy crap! I mean, just the thought of that snapping sound creeps me out. These Freddy Kruegers go around slicing and dicing our friends and then, as a final insult, snap their bones and make wishes. It’s enough to make me want to extend my snood, engorge the carunculated area of my head and neck, and go goose every stinkin’ one of ‘em. Gobble gobble, indeed.

Well.......Mr. Gobble Gobble, you don't have the market cornered! My folks have sometimes ended up on that same dinner table!

At least your kinfolk are still alive in good numbers, even if some are in enslavement camps.

To add insult to injury, my folks have been forced into the swamps and shot into oblivion just for their faces. Even my babies were stolen from their beds!!!!!!!!!!

Heck, just the other day, my ol Granny in Arkansas found a spy camera outside her bedroom window!!! She always thought she was safe in her neighborhood, but is now scared to leave the house.

I REALLY need a break from all this, I fully support the eat more chickadee movement. Chick-A-Dee-Fil-A, hmmmmmmmm, has a nice ring to it.